There is a wide variety of facilities that offer treatment to individuals suffering from sleep apnea Lancaster. It gets hectic and frustrating when one does not get enough sleep. It is even more frustrating when you realize that you have a condition that makes it extremely difficult and at times even impossible to sleep. 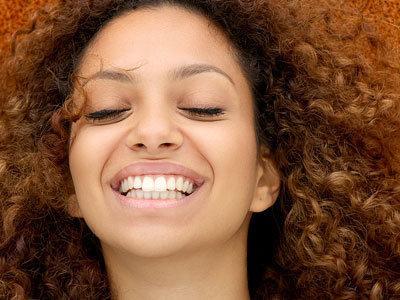 This condition is commonly known as apnea the full medical term, however, is Obstructive Sleep Apnea. Sleep apnea Lancaster is a common occurrence, it is estimated that about eighteen millions of grown-ups suffer from sleep apnea.

The Lancaster Dental Care Associates is raising awareness of the catastrophic illnesses that are developing as a result of sleep apnea being left untreated for a long period of time. Critical ailments such as diabetes, stroke and heart failures among others which can result due to sleep apnea have contributed to the increased rate of car accidents.

Who does sleep apnea mainly affect?

Sleep apnea is a complex medical condition that can affect individuals from all walks of life despite their skin color, age or gender. A majority of people suffering from it do not realize this until the severe side effects that result from it staying untreated kick in.

More often than not patients suffering from sleep apnea receive the wrong treatment or they are treated for the wrong disease. It is due to this reason that facilities with specialists who handle this illness such as the Lancaster Dental Care Associates have been put in place to cater for clients with this condition.

What are the signs and symptoms of sleep apnea?

There are some indicators that might be early warnings that you are suffering from sleep apnea. A person who often snores and at times might appear not to be breathing might have sleep apnea. Oversleeping and still feeling like you did not have enough sleep is another indicator.

Concentration difficulties, irritation even with the slightest things and a decline in performance of their duties are other signs that might indicate an individual is suffering from sleep apnea.

Sleep Apnea is a medical condition that occurs when your breathing is disrupted when you are sleeping. Most frequently this occurs when the muscles of the tongue and throat are at ease in your sleep. As a result of these muscles relaxing the flow of air can reduce and the airway can become obstructed.

This reduction in oxygen present in the bloodstream send an alarm to the brain waking you up in order for the airway to open up and alleviate the obstruction. When you eventually fall asleep again, there is a reduction in the airflow, and the cycle goes on and on an entire night.

The relationship between snoring and UAS therapy

The records that have been collected by specialists in sleep apnea Lancaster illustrate that more than three-quarters of partners are said to either have soft snoring or absence of it when they are on the UAS therapy machine. The machine is not meant to treat cases of snoring however, it has been noted that those who use it have reduced or no snoring at all.

Office Hours
Get in touch